This Guy Edits’ Story: Understanding the Importance of Editing in Filmmaking

Sven Pape is an editor and director, known for editing movies such as L.A. Twister (2004), The Water Ghost (1998), and Effigy: Poison and the City (2019). He has edited films for James Cameron, Joseph Gordon-Levitt, and James Franco. Fellow filmmakers have described him as a fantastic editor, storyteller, and a true workhorse. He is also known in the industry as someone who gets the job done with his brand of work ethic.

As an editor, Sven has also worked on documentaries such as Alt-Right: Age of Rage, which first premiered at the 2018 SXSW International Film Festival in Austin, Texas, and is currently streaming on Netflix, Ghosts of the Abyss, Dumbstruck, and American Dream: Detroit.

He is super creative in his editing approach with a stellar record at editing media together in a fluid, fun, and dynamic way. He’s also super quick and is known to edit together short pieces in a single day, while most other editors take over a week. 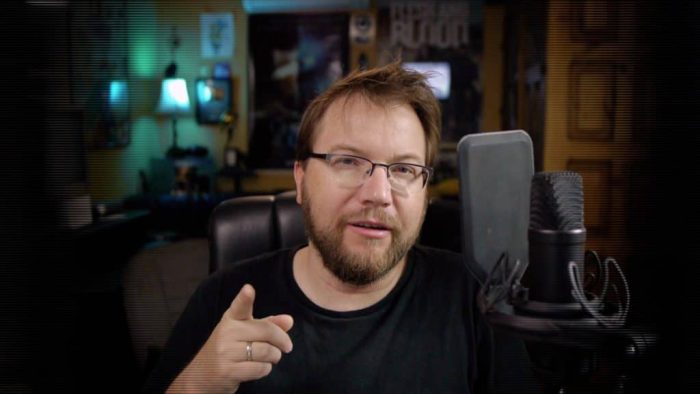 Sven went to film school and studied at the American Film Institute, one of America’s top film schools. He then opted to further study production because he had read a book about George Lucas (the American film director best known for creating the Star Wars and Indiana Jones franchises) and wanted to follow his path. But, after studying production for a while, he realized how much he hated it. He was always stressed and fighting creative battles, even when he wasn’t the storyteller.

A friend of his was making his first film at the time and asked Sven if he wanted to produce it. Sven didn’t seem intent on producing it; however, he suggested doing a webcast of his friend’s filmmaking process. So, while his friend was shooting his film in Pennsylvania, Sven ran around, looking for sponsors. He eventually roped in Microsoft to do the uplink as well as all the technology required to do a live webcast.

As luck would have it, James Cameron’s little brother chanced upon his webcast.. He called Sven up and asked if he wanted to do something similar for James Cameron’s version of Spider-Man. Sven created a mock-up of what a webcast of the set of Spider-Man would look like.

In the end, however, Sven turned down the offer as he wasn’t impressed with the script.

Sven would get another chance to work with Cameron again on Ghosts of the Abyss – the 3D-Imax film, which first premiered at the Cannes Film Festival in 2003.n. Sven was not only an editor on the film, but also a member of the 2001 Titanic Expedition to film the inside of the shipwreck. He created a webcast of the expedition on the Keldysh, the Russian research vessel which was broadcasting live..

Eventually, Sven found himself in the editor’s seat once more, and decided to stay there.

Sven believes that editors solve crucial problems filmmakers face, yet nobody has any clue what they actually do. He says that very few understand that the editor makes huge structural changes to a movie. Editors create the scenes, the sequences, the pacing of the shots and the story, and even the emotions, and tone of the movie. Editors are also responsible for shaping the actors’ performances, and choose which take of their performance ultimately goes into the movie.

Film theorist and director Vsevolod Pudovkin was the first to recognise that the editing process is the only part of production that is truly unique to motion pictures. Sven agrees with Vsevolod’s view that the emotional content of a scene comes more from proper editing techniques than it does from the performance of an actor.

Vsevolod says, “It is the editor who shapes the pacing of a scene. They decide when to cut to a reaction shot and what a certain shot selection means in context of the story.”

Over his twenty-year career, Sven has worked as a supervising editor on TV shows for Bravo, E!, and Fox, and has cut promos, trailers, and pilots for FremantleMedia.

While watching his young daughter produce short films and upload them to YouTube, a lightbulb went off for Sven. His daughter was fluent in editing before she even went to middle school. She was able to build her own little studio and create toy videos using her own camera and lighting.

Although Sven attended AFI, he felt his daughter was getting a better education than he had because she was learning to create and tell stories firsthand. He says, “The technology came second to her instinct for storytelling.” 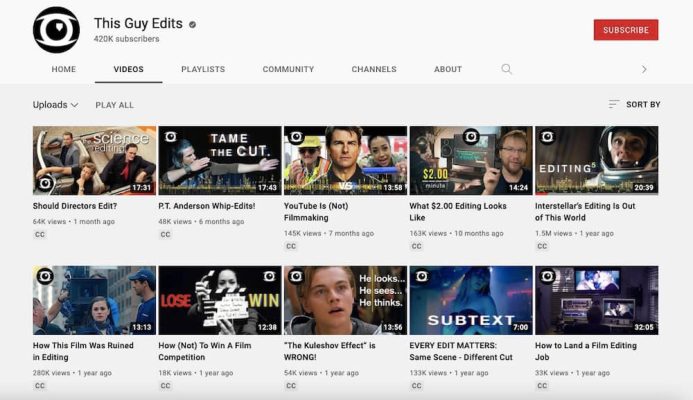 This realization inspired him to start his own YouTube channel where he initially shared his experiences on how individual feature films were made in the edit. It was an experiment at first, an idea that Sven didn’t think would go anywhere beyond those with a niche interest. When 30,000 subscribers signed up, he knew he had a platform on which to expand.

The disclosure of his wealth of experience from the cutting room is as much a secret of success as it is a unique selling point. And Sven shares these secrets with a growing number of fans in an innovative way. On YouTube alone, his channel This Guy Edits has over 420,000 subscribers with more than 37 million views!

Sven says the idea for his channel came from wanting to explore the creative aspects of building drama through editing and how that shapes the performance of an actor. He says, “I’m less interested in the technical side of editing or how to be more efficient in my workflow, but I am keen to celebrate an editor’s role in crafting a story.”

Turns out, through Sven’s insightful and clear approach, there’s a genuine desire for such content. Today, his YouTube channel has grown to be so successful that he now employs editors in North America to cut videos for his channel, with Sven acting as a supervising editor.

Sven believes his channel celebrates the art of editing and the “invisible performers” inside the cutting room. He says, “Great editing is invisible. And while that may be true, I aim to shed a little light onto the craft. I’m not saying that I have achieved greatness or ever will. This channel is simply about helping you (and me) become more aware of the creative power of editing.”

One of Sven’s highlights on his channel is ‘The Science Of Editing’ – a four-part series. Throughout the series, Sven and guest speaker Dr. Karen Pearlman (filmmaker, author, and lecturer at Macquarie University), break down what they call the “science” of the edit. The two talk about why the decisions an editor makes help build a story, or evoke emotion. In one episode, ‘Why Does an Edit Feel Right,’ the pair discuss a scene in Blade Runner where the film’s editor made an unconventional and uncomfortable cut. Specifically, in this episode, the two talk a lot about bad cuts and why they work in popular films.

Today, Sven has worked on over 50 films and hundreds of documentaries and is in demand with the best filmmakers over the world. For him, this is just the beginning of his creator journey, and he is looking forward to telling stories that connect with audiences through different storytelling mediums.

But, that’s not all he’s up to these days. 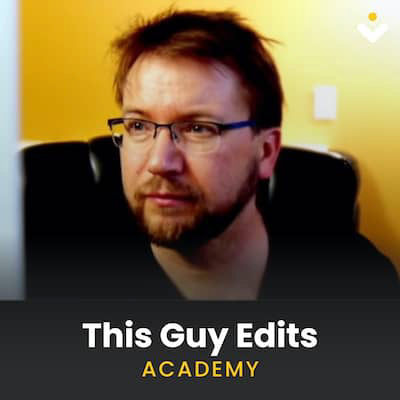 Sven is launching an academy for beginner and pro editors, filmmakers, directors, and creators to take their editing skills to the next level.

Whether you’re just starting out or are an established editor and would like to learn more, this is your chance to learn how to edit a story while shaping a performance – an opportunity to see Sven’s workflow, from ideation to final edit, as he provides a step-by-step guide to great editing.

Join the “How To Be a YouTube Filmmaker” course and learn from one of the best editors in the industry.