Is there anything worse than a joke falling flat? The words come out of your mouth, everyone goes silent, and you realize, man…that sounded SO much better in my head. Someone gives a sympathy laugh – no one is saying anything. You cough awkwardly and apologize to everyone for your existence. Then, you go home, and vow a life of silent contemplation…never to speak again.

Ah, the world of comedy! Comedy is a notoriously difficult industry to break into. It’s oversaturated with hopeful comics, and only a handful are actually funny. Comedy is a balancing act – and it’s so easy for a joke to fall flat on its face. But if you can hit the right note, you can make it big.

Laughter is the best medicine, and it’s the perfect balm for this stressful world. Few know this better than the Smile Squad. Smile Squad is a group of creators, founded by Markian, whose mission is to make the world a little better, one smile at a time. Their YouTube channel has over a million subscribers, and their video hits consistently rank in the millions.

Now, Smile Squad is here to teach you their secrets to success. Following their popular academy The Basics of the Viral Video Formula, Smile Squad is back again with a series of practical workshops that are all about creating viral video content – and they are ready to share even more tips to help you find success as a creator on social media.

Not only will you get to participate in live virtual workshops and build a network with like-minded creators, you’ll also get to work with the Smile Squad team and get feedback from them directly – no joke! Learn Smile Squad’s formula for social media success, get tips on how to build your online presence, and learn how to go viral as a comedic content creator.

Sign up for Smile Squad Academy today! The path to success is right there, in front of you – what are you waiting for? 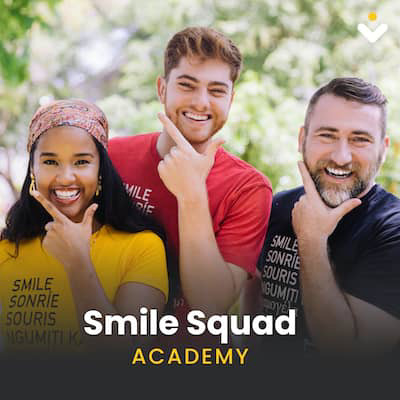