The Blockchain for Dummies

Learn about the blockchain

The blockchain is one of the biggest developments on the internet and how we think of money – but not many people know exactly what it is, or why it’s so exciting. That’s why we’ve created this simple blockchain for dummies guide, without any confusing lingo.

Like much of technology, the blockchain was developed as a reaction to a need – and the need was having a system where all of our assets and money weren’t controlled by one central system. Because centralized systems are prone to security breaches, and tampering that can go unchecked.

You see, back in 2008, the Great Recession plagued America. The disaster was caused by failed government regulation and risky behavior by Wall Street. The housing market crashed, banks collapsed – and people lost everything.

Heroes often emerge from crisis, and it’s because of the 2008 Great Recession that Bitcoin and blockchain were created. It removed the failed regulation, the central control, and risky behavior of stockholders. And instead, it made a system that’s one of the most secure and stable in the world, and it put the control back into the hands of the individual.

How the Blockchain Works

The blockchain was designed so that no transaction of cryptocurrency could go unchecked — every exchange of cryptocurrency between people is verified by the people, and held for all to see on a public ledger. As the name suggests, the blockchain is made up of a a series of blocks – think of it like a stack of Lego. Each block contains digital data of everybody’s transactions, and everybody on the Blockchain network has a copy of it.

The blockchain is also secured with the most advanced code, meaning it’s nearly impossible to hack.

Whenever people pay with cryptocurrency, these transactions are placed in a pool. Then, every 10 minutes or so, people called “miners” verify the transactions. Miners are people with powerful computers, and they compete against each other to “mine” for more cryptocurrency in the blockchain – just like we mine for gold.

But in order to receive their cryptocurrency:

1. They have to confirm all the transactions in the pool

2. They have to complete a complex math problem

Once they do this, a block is created.

And whichever miner finishes first, gets their block is added to the blockchain, and they get rewarded with cryptocurrency.

What makes this system secure is because a miners block can only be added to the blockchain if 51% of the people in the blockchain network agree that it looks right. But how would they know this? Because each block is stamped with what is called a hash.  A blockchain hash is a unique code, like a signature, or a scannable barcode.

This code represents all of the information about the transactions that are stored in that block. This same code is ALSO stamped on the one stacked on top of it. So, if somebody were to hack the data on one block, the hash on the block above it wouldn’t match.

This would make that block and all of the blocks above it invalid.

So, the only way Blockchain could be hacked is if someone tampered with each block on the blockchain, redid the complex math problem the miners have to do, while ALSO controlling over 51% of the devices on the blockchain’s network, to approve it.

Not only would this take forever, but hacking the blockchain for just 1 minute would cost half a million dollars.

So this is not likely to happen.

One of the cool things about blockchain is that the longer the chain gets, the more secure it is. This is because the amount of hashes hackers would have to duplicate increase the more people use the blockchain. Rather than getting less secure over time with more users, there’s strength in numbers.

There also isn’t anyone in charge of the blockchain. Rather, it’s maintained by the people who use them – people who are highly motivated to keep the blockchain healthy, because otherwise, they would lose everything they had.

Want to Learn More About the Blockchain?

This class teaches you the fundamentals of crypto, how to navigate blockchain, and more. You don’t have to know anything about the space to join – but by the end of the course, you’ll be on your way to becoming an expert. 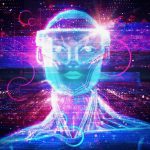