Petter Hornfeldt (a.k.a. YouTube star Mentour Pilot), is a 41-year-old Swedish training captain and type-rating instructor/examiner on the Boeing 737-800 aircraft model. He works for a major European airline and is also one of the founders of The Airline Pilot Club, which teaches future pilots with unrivalled expertise and industry knowledge.

Captain Petter currently lives in Spain with his wife, two sons, and their dog named Molly. He has been flying professionally for 15 years – and he absolutely loves his job. 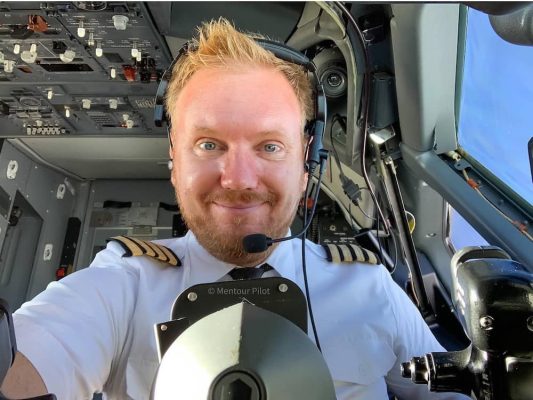 Petter’s story started back in 1981 in Billsjö, a small village outside the northern, Swedish town of Örnsköldsvik. He loved playing football and spending time with his friends and family – which consisted of his parents and four other siblings.

When Petter was just 14 years old, he was “bitten by the aviation bug”. His father had acquired a Private Pilot License (PPL) for his work that required him to fly between the different cities of Northern Sweden. Petter would always tag along with his dad on these flying trips – and it was because of them and the overall support he got from both of his parents that he’s gotten to where he is today.

For his birthday that same year, Petter’s parents gave him a test-lesson in a Cessna 172, alongside a real instructor named Mats. For Petter, this was an absolutely mind-altering experience and was the deciding factor in his choice to become a pilot when he grew up.

While he was an average student at that time, having this goal of wanting to become a pilot completely transformed his work ethic – he went from an average GPA of 3.5 to a 4.8 within just 2 years. After all, he needed to improve his grades to qualify for the government-sponsored aviation program in Sweden that he set his sights on. There were only 30 slots available each year – so Petter knew he needed perfect grades to even get a shot at reaching the selection round.

During the first year of the Swedish “Gymnasium” (which is equivalent to junior college), Petter made sure to get the best grades he could and finally, his hard work paid off – he was called in to interview for the government-sponsored program. Petter was very nervous going in, and didn’t perform well in the first round. He was sure his dream had been crushed, and he would have to start looking for a new one – but it turned out, he had just managed to impress them enough, and got into the program.

Patter started the program in 1998, and he said that the following years were some of the best years of his life. He was surrounded by 29 other 17-year-olds with exactly the same goals as him, but he felt most of them were way smarter than he was – so, he had to work really hard to keep up.

The Start of Petter’s Pilot Journey

Petter thoroughly enjoyed his journey at the program. He was 17, in command of his own aircraft, and was getting paid by the government. Although the course was incredibly hard, after 2 years, Petter achieved both a junior college degree and a fresh Commercial Pilot Licence (CPL.) The following year, he carried on to do military service as an airport firefighter.

After his military service, Petter applied for the last part of the government-sponsored program, which contained the Multi Engine and Multi-Crew Cooperation (MCC) courses in San Diego. He managed to complete both courses before the rest of his classmates, and had the incredible luck to be called in for an interview with a B737 operator – before the course was even finished. 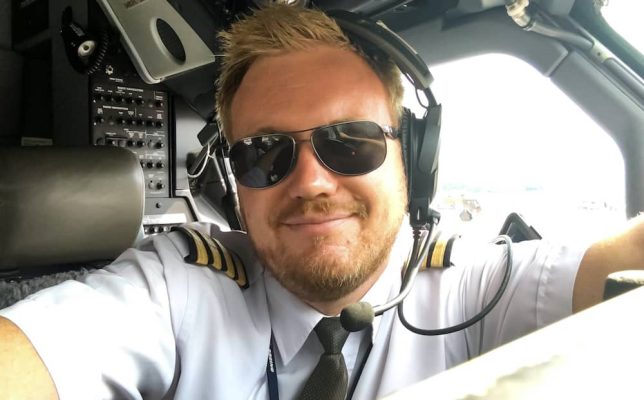 He started his type-rating certification on the mighty Boeing 737-800. His first base, as a first officer, was Stansted, London where he stayed for almost 3 years. It was a very valuable experience for Petter, and he was lucky to fly with and learn from many skilled captains along the way.

After his time in Stansted, Petter was selected as a SFI (Synthetic Flight Instructor) in his airlines simulator centre outside Nottingham in the UK. The course he had to take to become an instructor was the hardest course he’d ever done – but it was worth it! This was the beginning of his long career as an instructor, that would last over 12 years on the 737 – and it’s where he continues to work today.

Petter became a captain when he was just 25 years old. Then, he became a line training captain and TRI (Type Rating Instructor) when he was 26, and has since become a TRE (Type Rating Examiner) as well. He now works as a Line-Training Captain and Base TRE in Gerona, Spain. He has more than 10,000 hours on the Boeing 737 and intends to do many more.

Life Besides Being a Pilot

In 2015, Petter started a new journey – on social media. He’d been reading about aviation online and couldn’t find good, unbiased, positive, and constructive content anywhere. So, he decided to start his own Youtube channel – Mentour Pilot.

The channel has grown massively, with over 800k subscribers to date.  It’s become a highlight of his career and has allowed him to meet so many wonderful people, and connect with passionate aviation fans from all over the world.

Besides his channel, Petter has also created VR applications, social media applications, and his very own website. His goal going forward is to create THE aviation hub of the world. He wants to build a space with his site and YouTube channel where anyone interested in aviation can come to ask any questions and get positive, constructive feedback back from professionals or other aviation enthusiasts.

Petter would love to see it as a place where students can come for support, where nervous flyers can come for comfort, and where professional pilots can come and share their knowledge with aspiring pilots.

As Petter hopes to retire later in life, he’s still working hard, and is even creating mobile applications to keep himself busy.

Petter’s advice to aspiring pilots is to “never give up on your dreams and never let anyone tell you something is impossible.” His journey is an inspiring one that reminds us that success is not about a destination – but the path you take to get there. 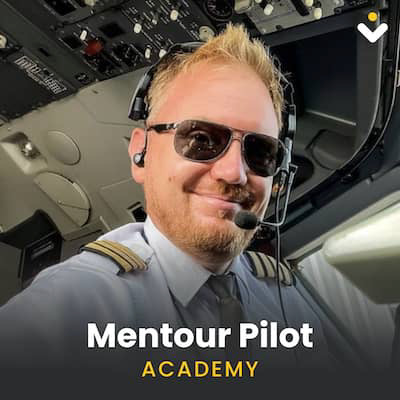 Petter is launching his own academy for aspiring entrepreneurs, pilots, students, and creators to take their leadership and decision-making skills to the next level.

Whether you’re an aviation expert or not – this is an opportunity for you to learn directly from Mentour Pilot about how to take charge, plan your life, and aim high to achieve your goals. You will get personalized training, engaging workshops, and the chance to meet Mentour Pilot himself through live sessions online.

Sign up now for the “Learn Leadership From Mentour Pilot” course to learn from an expert in the field, and launch your future career, today.