Passengers and travelers, voyagers and nomads: get ready for takeoff.

The inevitable rush pulses through your chest and the swoop that you feel in your stomach as the plane picks up speed, launches into the air, and climbs into the sky. Suddenly you realize that you’ve just put your life into the hands of some stranger who is flying the plane.

Well… stranger no more! Mentour Pilot has arrived, and he’s opening his own academy right here at Nas Academy. “Learn Leadership from Mentour Pilot” is a first-of-its-kind learning experience – and the waitlist is officially open.

A Pilot and a YouTuber

As a commercial pilot, Mentour Pilot (Captain Petter Hornfeldt) knows what it takes to make decisions under pressure, to keep calm in dangerous situations, and to follow the right path with hundreds of people under his care. Every single day. For years.

And the sky is certainly not the limit for Mentour Pilot’s skills. He is also a successful YouTuber, and his channel has over 700,000 followers – watching as he dives into the world of aviation and air investigation. His most popular videos take a look at real-life airplane crashes and near-misses, where he dissects exactly what went wrong and why.

With over 112 million views, Mentour Pilot’s videos have educated thousands of people around the globe on the basics of aviation and disaster management. Now, he’s ready to share all of his knowledge that can’t be found on YouTube.

While we may not all be pilots, the skills that Mentour Pilot has to offer in developing leadership competencies and thriving under pressure are universal. Mentour Pilot Academy will be teaching the life skills that any leader needs to succeed, using the exciting and dynamic world of aviation as a point of context – but they can be used in any field you choose.

We are very excited to introduce this course to his academy – it’s a unique educational experience that you won’t be able to get anywhere else. This is a chance to learn from an expert in situations most people will never experience.

The reality of life is that even if we plan everything to the last detail, there’s always the chance that something will go wrong – which is why education is so important. It helps us prepare and learn how to pivot when things spin out of control. So, Mentour Pilot is here to provide you the exact tools you need to not only survive, but thrive, when faced with challenging decisions in life.

Mentour Pilot Academy will not only give you the opportunity to learn from Mentour Pilot, but you will also join a community of like-minded creators, do practical exercises, and interact with Mentour Pilot in a live virtual class.

Grab this once in a lifetime opportunity to learn from a successful pilot and YouTuber. Check out “Learn Leadership From Mentour Pilot” and be one of the unique few who master his field. And the next time you find yourself in a plane, putting your life in the hands of a stranger, you’ll feel all the more secure. 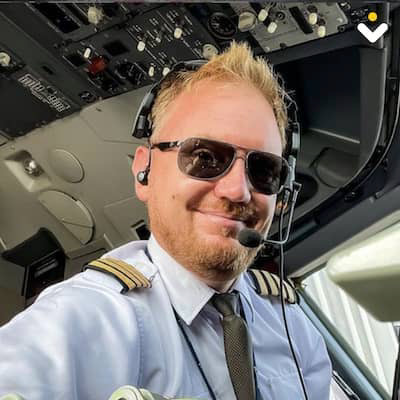