Get inside the mind of a visionary creative

Dan Mace, aka “Dan The Director,” is an award-winning film director and YouTuber known for his unique approach to filmmaking – one that creates the perfect synergy between powerful visuals and compelling narratives.

Over the past 10 years, Dan has used his authentic storytelling abilities to direct short films, commercials, and music videos that have gained over 35 million views online. His skills eventually landed him on Shots Magazine’s list of the top six young directors in the world. He also became the first South African director to win the Young Director Award three times at Cannes Lions.

After a whole decade of directing high-quality films across four continents, Dan is now stepping out from behind the camera to show you exactly how he does it all. So, if you’re a content creator, vlogger, or a filmmaker, this is your chance to get inside the mind of one of the most visionary creatives.

At Dan Mace’s Academy, you will get to explore various aspects of the film production process – such as writing, storyboarding, editing, and directing. Dan will give you his entire method by deconstructing one of his most successful TV commercials.

He’ll teach you how to manage a large-scale production, while sharing his key pointers for planning such a shoot. This should give you the confidence you need to successfully take on a huge project, without any hesitation.

More than that, he’ll help you find your creative voice in any brief that comes your way. In fact, Dan’s love for filmmaking began when he first discovered its potential to give voice to all his thoughts.

After starting off by making surfing films, he decided to work more on building his own style until he eventually moved on to tell different types of stories and ultimately work with Casey Neistat. From growing his YouTube channel to opening his own film production company called JOE Films – Dan has seen it all, heard it all, and done it all. And yet, in many ways, he’s just getting started.

At the Dan Mace Academy, you’ll learn all the details behind his journey to becoming a successful film director. So, whether you’re new to the world of content creation or already working in the creator economy, you’ll walk away know exactly how to make your videos stand out on any platform – and even produce your own film to add to your portfolio.

And if it weren’t enough that you’ll create a video from scratch, you’ll also have access to live monthly meetups with Dan Mace himself. If your work ends up being f*cking great, there’s a chance that he’ll even watch and give feedback on it!

This cohort-based learning experience will help you connect with aspiring filmmakers and creators from all over the world. So, you can learn, network, and grow together even after the course is over.

You’ll also receive personal feedback from expert trainers, during two live sessions, to go beyond the on-demand video lessons and get the most out of your course.

Unlock your true potential as a filmmaker by joining the Dan Mace Academy. Sign up for the “How To Become A Great F*cking Filmmaker” course and discover your artistic voice through filmmaking. 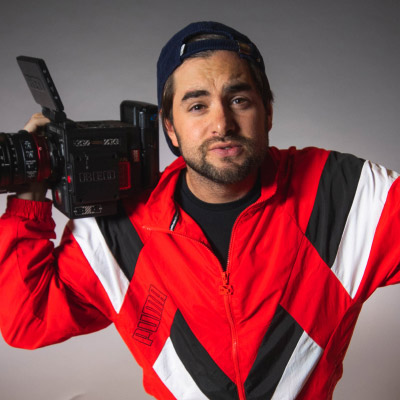