Some creators can’t seem to catch a break. They’re creating the most incredible videos, are insanely talented, and have even attained the dream of going viral – yet, their next videos are all but forgotten.

At the end of the day, the skills needed to give your platform staying power are different from the ones you have as a content creator.

There’s a reason so many creators become viral and then struggle to sustain their momentum: they simply lack both the business skills and knowledge needed to run their brand and keep the engagement of their audiences. But the good news is that it’s possible to learn the skills needed to create that momentum and keep it going – and it’s an essential part of the process if you want to have a career as a creator. 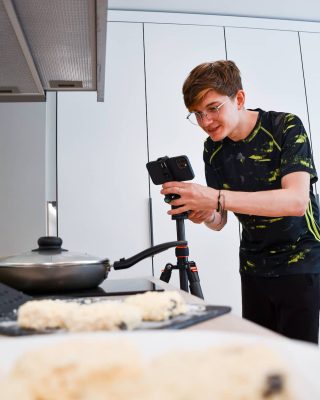 Niki Proshin is a YouTuber and popular TikToker (he has over 500 million followers on the platform), and is one of the handful of creators who struck gold and kept going. Not only has he made numerous viral videos in succession, but he understands what content gives his channel staying power.

Niki understands that viral videos aren’t enough to make a living out of content creation, and he has organized his platform accordingly to maintain a sustainable career. Through platforms like Patreon and PayPal, Niki has created a relationship with his audience where he can deliver the content they want to see, while earning a living doing what he loves.

While dancing videos are always going to be hits on TikTok, Niki’s content moves beyond that, and focuses on forming connections with his viewers. He couples this with an effective monetization strategy to help build his channels and his career.

But that’s only a piece in the puzzle of Niki Proshin’s career success – and if you want to learn the rest, we’ve got you covered. Niki is opening his very own academy, right here at Nas Academy, where he will share his secrets to becoming (and staying) viral, as well as creating a career out of content creation.

He will teach you how to organize and strategize so that your content is not only the very best it can be, but that it will also help you stay afloat. 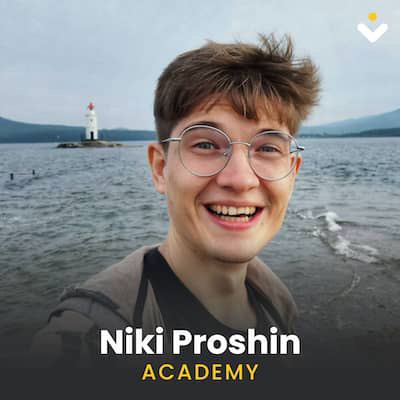 Join the waitlist today to be amongst the first to experience this once in a lifetime opportunity to learn from an experienced part-creator, part-businessperson And not only will you learn directly from Niki, you’ll also form a community with other like minded creators from different countries, all around the world.

Learn from the best, and keep the momentum going in the career you’ve always dreamed of with the Niki Proshin Academy – believe us, you won’t regret it.