10 Easy Magic Tricks That Will Impress Everyone at the Party

Master these simple tricks without being a wizard

Have you ever wondered why we enjoy looking at magic? Everyone knows these are illusions and not ‘real.’ It’s not as though we don’t know our senses are being deceived. But even with easy magic tricks, we still watch and wait for the big reveal. Why? Because the principles behind magic are rooted in areas that overlap with our psychology, which are perception, attention, and how we process information.

Magic is about manipulating our perceptions and exploiting our cognitive loopholes. It is said that sometimes great magicians can perform tricks in a way that moves people like great art.

Part of the fascination with magic tricks is that we try to reconcile something that we’ve seen with what we know is not really possible. We know that rabbits don’t suddenly pop out of top hats from nowhere or that people can’t get sawn in half and walk away. It’s a sensation that produces a deep-rooted response, trying to reconcile a cognitive conflict and triggering a certain part of the brain.

In fact Gustav Kuhn, a reader in psychology at the University of London, likens the appeal of a magic trick to that of a horror film. He says, “If such bloodshed was seen in real life, it would be traumatic and awful, but when it’s shown in the safety of a movie, the fear becomes something that people can enjoy.”

So even though everyone is fascinated with magic tricks, few realize how easy most of them are to perform.

We’ve rounded a few easy magic tricks that you can use to impress your friends, even if you’re a beginner.

Showing off your math skills and adding a magic trick to it is always a winning deception because not only will your audience feel tricked, they’ll also lose their mind trying to figure out why something so simple is so difficult to crack. To give you an example, did you know that when 9 is multiplied by any number between 2 and 9, the digits of the answer will always add up to 9?

That is the basis of this easy trick, and here’s how you go about it:

This one may take some practice. You will need:

Before you begin this trick, you need to put the small rubber band around your thumb and the next three fingers of your left hand.

Do not let your audience see the rubber band. Place your hand on your side or put it in your pocket. When you are ready to do the trick, pull out the scarf with your right hand and drape it over your left hand. Ask someone for a coin. Place the coin on the scarf.

As you are folding the scarf in any way you wish, open up your fingers and capture the coin with just a small amount of the scarf. Remove your fingers from the rubber band as it is capturing the coin. Once your coin is securely captured (without making it obvious), wave the scarf or let it fall to the floor to show that the coin has ‘disappeared’. A tip here is to be careful that no one sees the rubber band.

This trick basically asks the trickee to pick a card out of the deck. You then place it in the middle of the deck and using ‘magic’, you’re going to flip every other card in the deck around except for the card they chose.

Tell the trickee to clap their hands and you’ll turn all their cards around. When they clap their hands, slap your hand down on the deck, and slide the top card away. Now the whole deck looks like it flipped. Sort through the deck until you find the one that’s turned around. That’s their card!

For this trick, all you need is a pen and a smooth flat surface, along with the ability to be very sneaky. Tell your audience that you will be moving the pen across the surface with the ‘power of your mind’ or telekinesis.

Next, rub the pen on your sleeve or pants, stating that in order to set up the special mental force field, you have to infuse some static electricity into the pen (remember, magic tricks are part performance and part illusion.)

Then, place the pen on the surface, with your hand above it and index finger pointing out. Lean over to ‘focus’ your mental energy on the pen and begin to move your index finger forward as you quietly blow on the pen. (This may actually take some practice for you to be sneaky enough.)

You could also wear a baseball cap to hide your mouth as you lean over. But, usually, the observers are so intent on the pen moving and your finger that they wouldn’t bother watching your mouth.

For this easy magic trick, you will make water seem to disappear from the inside of a cup. This trick is a little more science based. It will appear as if you poured water into a cup but when you turn the cup over, no water pours out. This trick is simple and tons of fun, especially since the audience won’t really know what’s in the cup.

What you will need for this trick is sodium polyacrylate, a cup that is not see through, and a container to hold water or you can simply use a faucet.

Make sure before you do the trick that you already have one tablespoon of sodium polyacrylate at the bottom of the cup. Of course, it is always advisable to practice this trick several times to make sure you know how much water to use with the amount of sodium polyacrylate you have in the cup. This way you have a good idea on how much water to pour that will eventually ‘disappear.’

After the sodium polyacrylate is in the cup, pour about a quarter cup of water into it. Now give it some time. You can take this time to mumble some imaginary magic words that will make the water ‘disappear.’ Look into the cup as you are looking across the room and once you see that the water has vanished, turn the cup over to show that no water pours out.

An important tip here is to make sure you do not show the inside of the cup before or after the trick. If you can crush the cup after the trick, that is a neat ending to distract the audience from wanting to look into the cup. If you aren’t familiar with sodium polyacrylate, you can purchase it in most gardening and hardware stores. This substance acts as a sponge of sorts.

6. Push a Cup Through a Solid Table

This is an exercise in ‘misdirection’ as magicians call it. For this easy magic trick, you’ll need a cup, a table, a coin that will fit under the cup, and a napkin or a piece of paper that covers the cup and can hold its shape.

Before you start the trick, make a big deal out of how solid the table is and how hard it will be to make the coin pass through the solid tabletop. This way they’ll be focusing on the coin and not the cup. Put the coin on the table and place the cup over it. Cover the cup with the napkin and scrunch it down around the form of the cup. Lift the cup and paper up and bring them towards you, so the audience can see the small object on the table once again.

Now this is the tricky part. Drop the cup out of the paper into your lap very sneakily, while making sure the paper still keeps the shape of the cup. Bring the paper back over the small object, and slam your hand down on it. Whip the paper away to reveal that though the small object hasn’t gone through, the cup has disappeared! Magic!

This doubles up as a science experiment and is sure to intrigue your audience as they will watch you shove a pencil right through a ziplock bag filled with water without spilling a single drop. How? Ziplock bags are made out of a polymer. A polymer has long flexible chains of molecules that form a seal around the pencil to stop water from pouring out. For this trick, you’ll need a ziplock bag, water, and a sharp pencil (it is key to ensure the pencil is as sharp as can be.)

Fill three quarters of the ziplock bag with water and seal it shut. Hold the bag up in one hand and firmly push the pencil through one side of the bag. Keep going until it pierces the bag and comes out of the other side. No water should come out and that’s on ‘magic’ or so your audience will think.

In this two-person magic trick, you will communicate telepathically with another person to identify which objects your audience members are thinking of.

For this really easy magic trick, you will need a deck of cards. Before starting your performance, divide your cards into black and red. Remember the color you place on top of the deck.

Fan out a few of the cards from the top and ask someone from the audience to pick a card and remember it. Then, fan out the bottom of the deck to allow the person to put their card back in the deck. Split the deck, somewhere in between, and place the bottom half of the deck on top to ‘shuffle’ the cards. Don’t worry if the split isn’t exactly in the middle.

To find the card that was chosen, look through the deck. The card you are looking for should be the only red or black card among the other colors. Pull that card out and ask the audience if it’s the right card. Simple yet tricky.

This is an easy magic trick that doesn’t need much effort. You will need water, soap, a cup, and some pepper.

This trick is again science based. When you add any kind of detergent to water, the surface tension of the water is lowered. When this happens, the water wants to spread out and the pepper that is floating on top of the water is carried to the outer edge along with the water as if by magic.

These amazing and easy magic tricks need no expertise. Just a little practice can help you ace your performance like a top-notch magician.

Learn the Art of Magic and Illusion from Xavier Mortimer

Check out Xavier Mortimer’s “How To Magic” course and master the art of illusion live from an award-winning magician.

In this course, Xavier will spill his secrets on how to do magic tricks that leave your audience spellbound while also showing you what it takes to become an ace magician.

Or, if you’re already a pro and ready to start your own Academy, there’s never been a better time than today. Sign up in just a few simple steps, and we’ll help you become an educator. 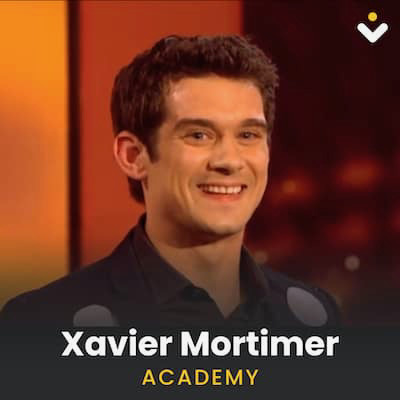 Learn the Art of Magic

Learn the Art of Magic